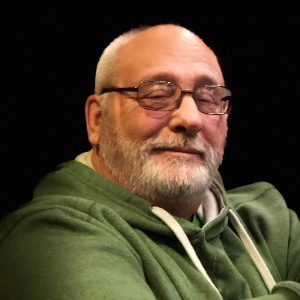 On April 9, 2020, I was outside trimming my Dogwood bushes when I felt pain in my chest. I thought I had pulled a muscle, but the pain got worse. I went into the house, sat in my recliner, and told Cressy about it. She went into the spare bedroom to lie down.

As I was in my recliner, the pain got worse, so I went to let Cressy know and asked her to come out and sit with me. The pain was still getting worse, so I told her to press the button (we have an emergency alert system). As she went to push the button, the electricity went out. The alert system did not work without electricity.

We talked about driving the 30 miles to Cambridge Hospital, but then the electricity came back on. Cressy pushed the button and a while later the ambulance arrived. As the EMTs were loading me, Cressy and I said our good-byes in case I wouldn’t see her again. I told her to tell the kids I love them and to tell them no matter what happens, I will be fine.

They took me to Cambridge Hospital and there I was told that if we would have taken our van, I would not have made it. At the hospital, when they found out what kind of heart attack I was having, they said I needed to be transferred to Abbott Northwestern because they would have the expertise to deal with this.

Meanwhile, Cressy had gotten into the van at home to follow us to the hospital. Not only did we have an electricity problem, but then the van would not start. Cressy stayed calm, did what she always does, and prayed. The next time she tried, the van started. When she got to the hospital, because of the COVID virus, Cressy was not able to be with me and had to wait in the parking lot while the nurses updated her on my condition.

While at Cambridge Hospital, from the moment they told me I was having a heart attack, the only thing I wanted to do was talk about Jesus. I talked to the doctors, nurses, and anyone who came into my room about Jesus.

As they were getting me ready to go to Abbott, there was a nurse that had been with me most of the time. I asked her if I could pray for her and she agreed. She was quite surprised and told me that it was the first time that a patient thought to pray for her. I prayed for protection for her and her family amidst working in this stressful time with the virus and prayed a blessing on her. As I prayed for her, she started crying. She said she had to go, but left my room in tears.

As I arrived at Abbott, there were two nurses that stayed with me in my room. We talked about the Lord a lot. The doctors found out that I had 90% blockage in two arteries. Just before I was taken to the operating room to get stents put in, I asked these two nurses if I could pray for them. One was on each side of my bed. They took my hand and I started to pray for them. They both started to cry. As I finished praying, they said they were the ones who should be praying for me, and so they did as they were crying. They were also quite upset when they were informed that I would not be returning to their floor. We said good-bye and off I went.

After they put two stents in, I was on a different floor. The male nurse taking care of me was a Christian. He told me that about 90% of the nurses on that floor were Christians. God knows what he is doing! Within a short time, I had different nurses coming into my room and we would pray and have a short Bible study. I found out there was word going around the different floors that on the 5th floor (my floor) was a minister praying for people. I finally realized and was told it was me they were talking about! A lot of nurses came and we prayed together. What an awesome time.

I was feeling great, so the doctors told me I could go home the next day, which I was very happy about. I finally would be able to see Cressy. However, late in the night, they ended up having to revive me three times. Later, they informed me my heart had stopped all three of those times and I was unresponsive, but at those times I was at a place of awesome peace, love, and no fear whatsoever. I could feel. I could see. But what I was is hard to explain.

It was light, not dark. I didn’t see the Lord or any angels, just light. But I had an awesome feeling of joy and peace that is hard to explain. And when they revived me I asked the nurses why they had woken me up. I thought I was fine and that is when they told me my heart had stopped. I now realize there is nothing to fear about dying. If you have Jesus Christ in your heart, there is no fear at all.

It turned out they had to put a pacemaker in because the bottom of my heart was damaged. I don’t claim I SUFFERED a heart attack, but I do say God ALLOWED me to have one, which to me was a blessing because there were people who needed to be blessed by praying for them. The Lord can use us no matter what we go through. The enemy tried to kill me four times. But God, with His grace, power, and love, saved me so he could bless others.

All praise be to the Lord Jesus Christ, AMEN

About a month ago, I was dealing with a very painful shoulder. It had been bothering me for a couple of weeks and was gradually getting worse. It was hurting up into my neck on the left side and I … END_OF_DOCUMENT_TOKEN_TO_BE_REPLACED

Hi. My name is Brenda. At the end of January 2020, I was in a car accident. I was driving a small BMW with two standard poodles in the back seat. As I was turning south onto Hwy 61 from … END_OF_DOCUMENT_TOKEN_TO_BE_REPLACED

Hi – This is Pastor Lee and I would like to share a testimony of God’s Protection. On Friday night the 17th (or actually early Saturday morning about 1:00 am), there was a very powerful storm pass over our house. … END_OF_DOCUMENT_TOKEN_TO_BE_REPLACED

Testimony to Give my Lord and Savior Jesus Christ Glory and Honor by Ron Scharmer, Sr. On April 9, 2020, I was outside trimming my Dogwood bushes when I felt pain in my chest. I thought I had pulled a … END_OF_DOCUMENT_TOKEN_TO_BE_REPLACED